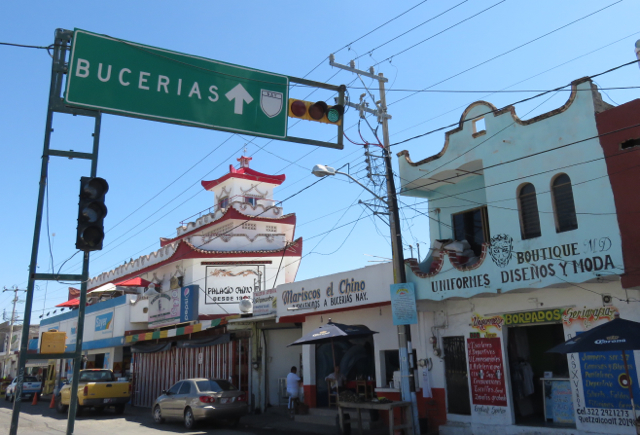 We wanted to mark 50 days of living in the van by treating ourselves to a weekend at the Royal Decameron all-inclusive beach resort in Bucerias, located just north of Puerto Vallarta. Bucerias (pronounced ‘boo-seh-REE-as’) happens to be nicknamed “Little Canada” because tens of thousands of Canadian retirees flock there each year to escape winter. We simply wanted to escape the van’s tight quarters for a few days.

We vacationed at the Royal Decameron resort a few years ago with our friends, Dawn and Lisa. It was a blast. Seven glorious days of sunbathing, boogie boarding, buffet-hopping, and drinking Chunky Monkeys. Back then, we paid $760 CAD per person for a week stay in late April (including airfare, accommodation, and all you can eat and drink). This time, Gregor and I were going to show up at the resort without a reservation and take our chances on getting a cheap room. 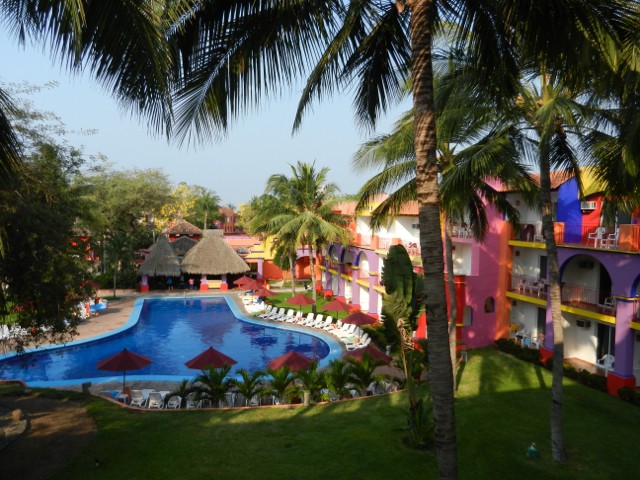 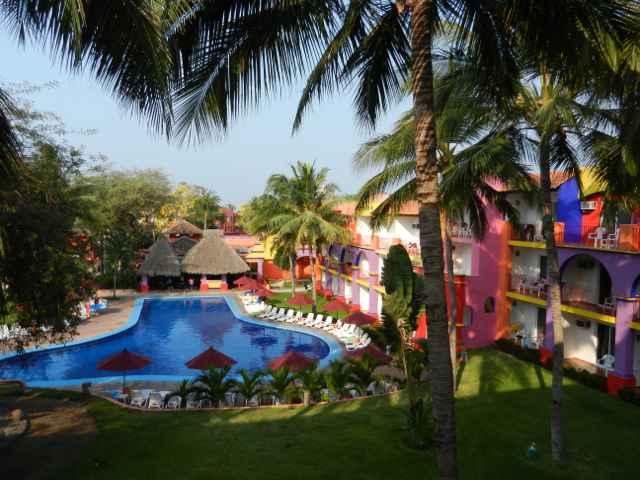 The view from our room at the Royal Decameron in 2013. We liked the fact that the resort had lots of Mexican guests – it’s not just for gringos.

After the Carnaval celebrations in Mazatlan, we drove to the coastal town of Santa Cruz de Miramar and put in a few work days before our big Bucerias weekend. 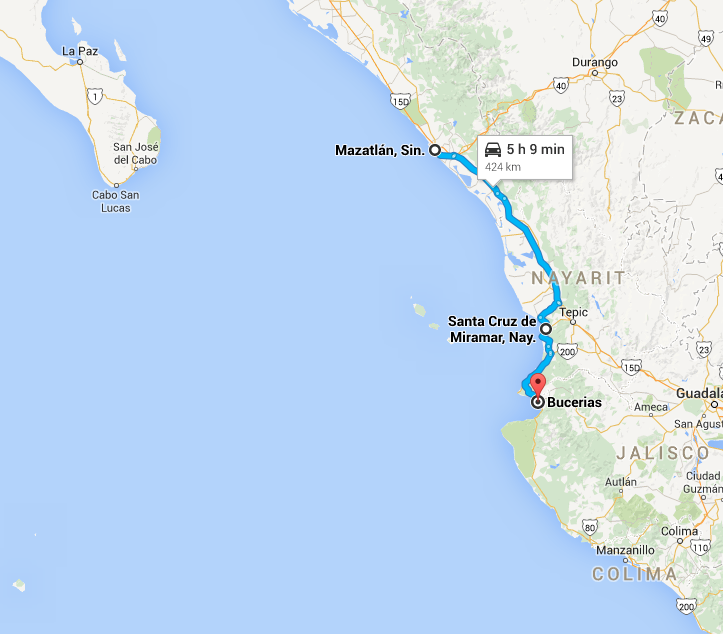 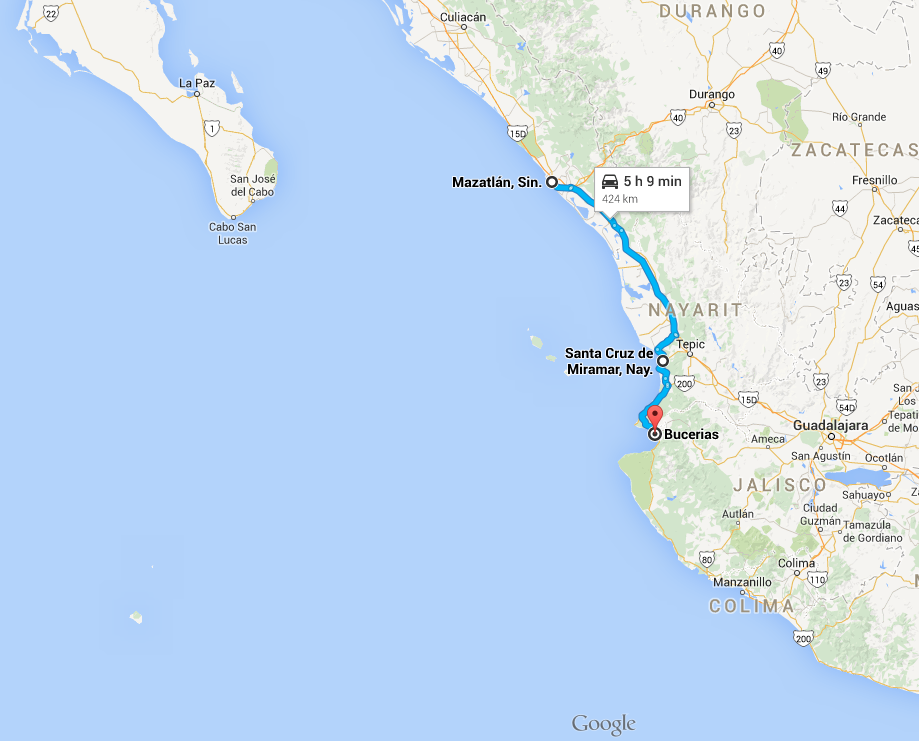 Both Gregor and I were working in the van at the time because I took on a small writing contract to help out a good friend and client. Our plan was to hunker down and work in Santa Cruz before relaxing on the beach at Bucerias. The campground at Hotel Paraiso de Miramar advertised fast WiFi speeds – we were excited about this because our Internet access had been poor ever since we entered Mexico. We paid to camp there for 3 days. 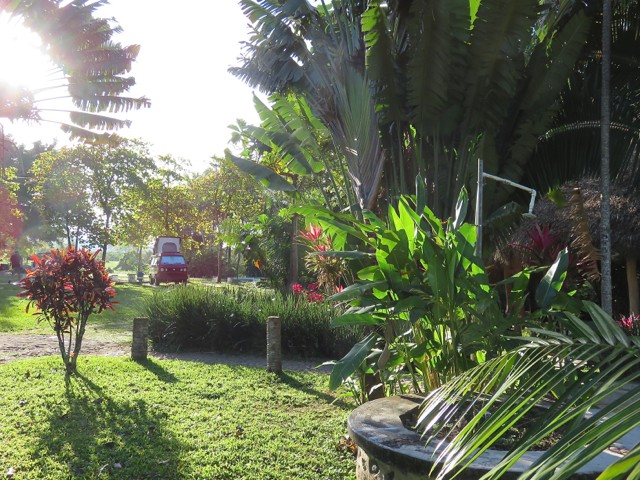 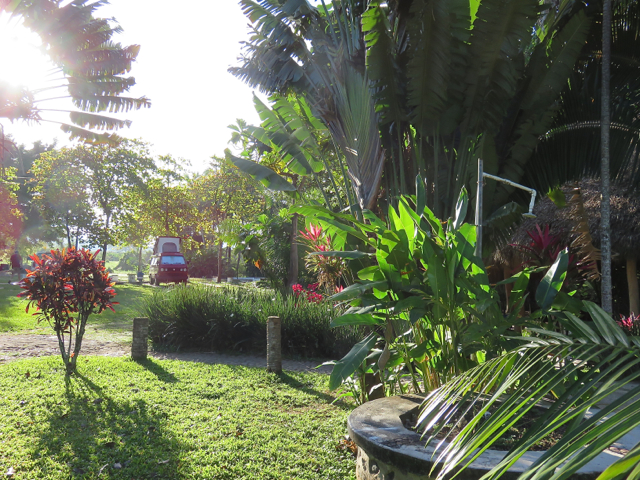 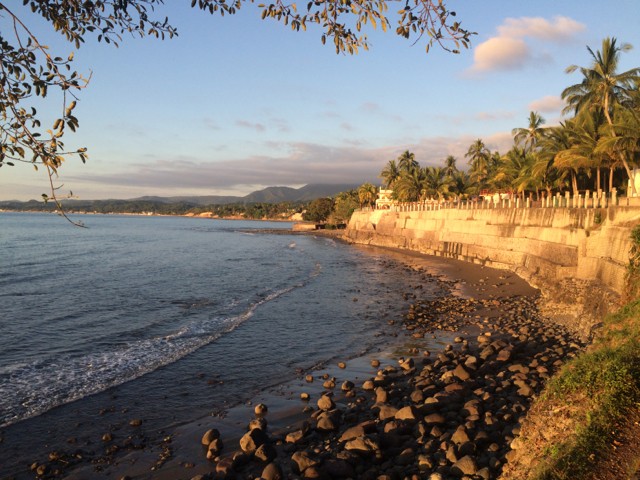 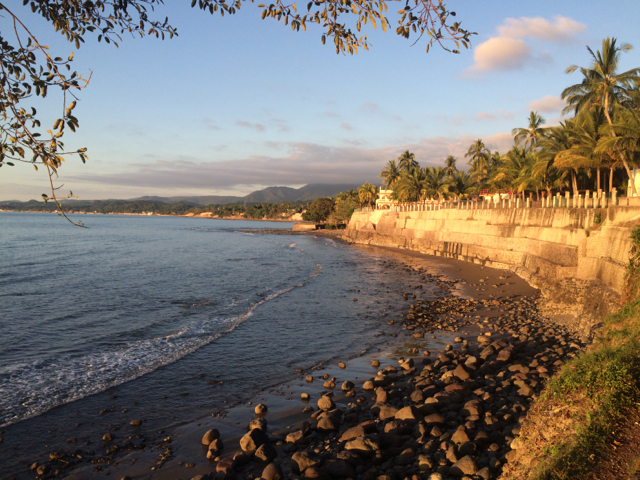 We had a few hiccups at Hotel Paraiso…

We discovered that the “fast WiFi” was painfully slow and intermittent – like the old dial-up days. This made it very difficult and frustrating to work online. We already knew that roaming the nearby coastal villages in search of “Internet mas rapido” would be futile, so we stayed put.

After a long work day, I started preparing dinner on the portable Coleman stove that was given to us by Gregor’s twin brother, Gerald. Half-way through cooking, the stove died. Gregor deduced that the regulator we bought at Canadian Tire only two months before had crapped out. We would have to find a replacement at some point. 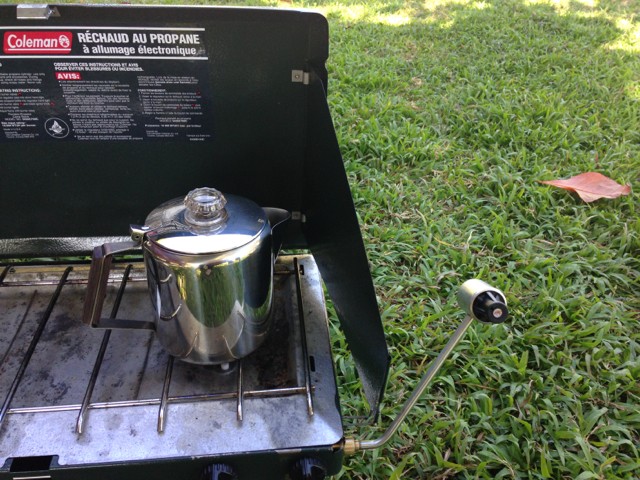 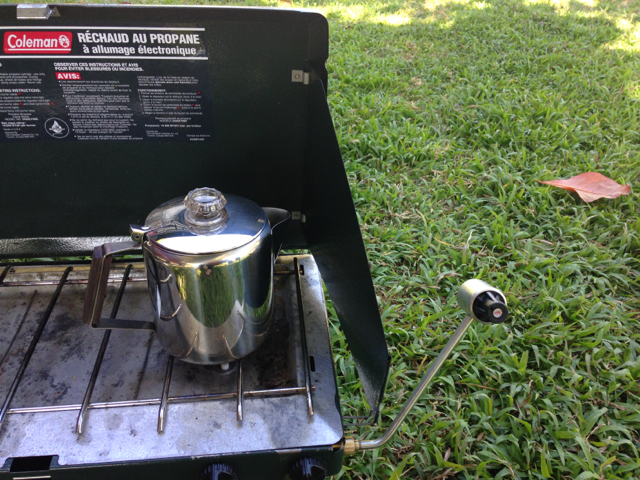 Ultimately, we could not find a replacement regulator. Also, we could not find a propane shop that could fill our 5 lb external propane tank because our safety valve was incompatible with their filling nozzles. Several days later, we met some locals (complete strangers) who helped us to buy a new stove, propane tank, hose and adapter at a Mexican hardware store. It works great.

Just before we drove away for Bucerias, we discovered that our brand new and rather expensive LED signal lights weren’t blinking properly. After several aggravating rounds of troubleshooting, Gregor gave up and just re-installed our old incadescents. 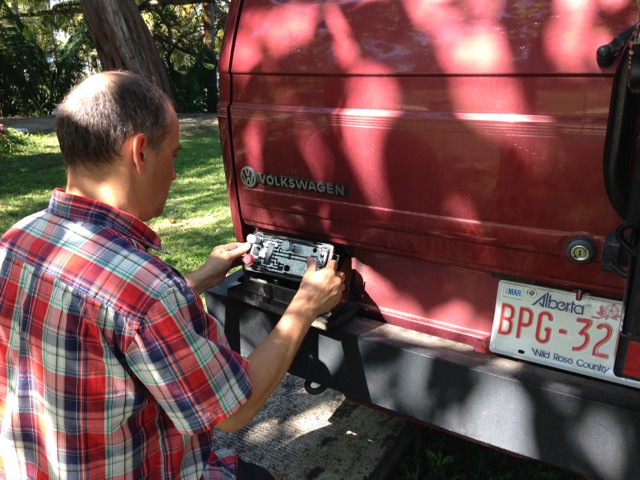 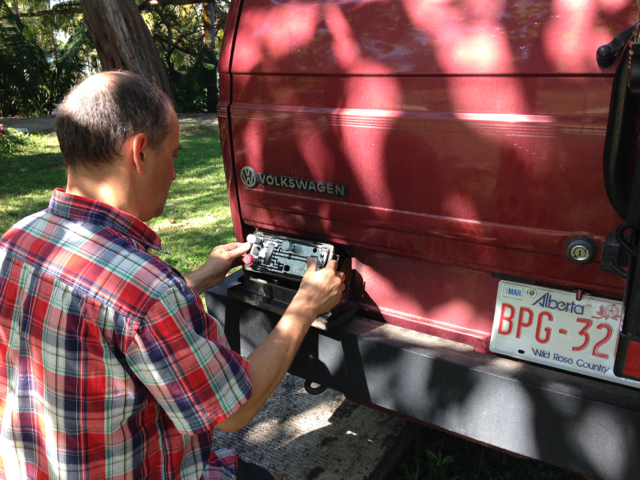 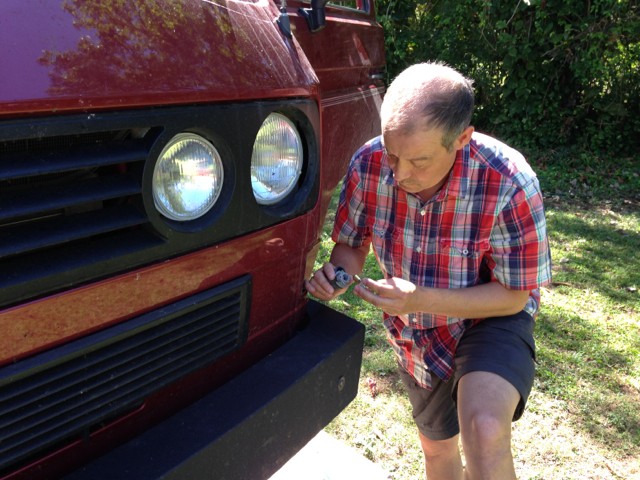 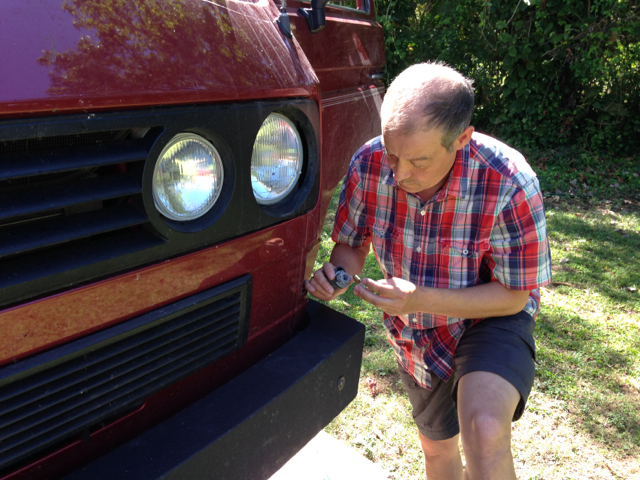 Crappy Internet, broken stove, and faulty van lights. We were ready for an all-inclusive weekend.

We showed up at the Royal Decameron resort at about 1 pm on a Friday and asked if we could stay for two days. The receptionist checked the computer and said that a room was available for Friday night only.

Gregor sighed and dropped his shoulders in disappointment. “Well, one night is better than no nights,” I said, trying to sound optimistic. I asked the receptionist how much it would cost for the night.

She looked up from her computer and replied blankly: “$130 US dollars per person.” With the poor Canadian exchange rate, that worked out to $315 CAD for one night. Our budget for this Pan-American trip is $100 CAD per day.

As commander and chief financial officer on this Enterprise, I am responsible for protecting the crew from fiscal failure. I advised my captain that it would unwise to blow 3 days’ budget in one night. I also reminded him that we could fly here from Canada at a cheaper daily rate.

“But I really wanted to boogie board,” Gregor said. My husband was now pouting.

We bickered for about a minute but I just couldn’t bear to watch Gregor pout. I knew he was struggling with balancing online work with long-distance driving and van repairs. He barely had the time or energy to truly enjoy all the new places we were visiting.

My heart softened. “OK, screw the budget,” I said, “Let’s get the room.” Gregor was relieved.

The receptionist instructed me to pay for our room at the currency exchange kiosk. As I handed my money to the lady behind the glass, she said that there were no rooms available for the night.

“No, no, the receptionist over there said there was one room available,” I explained.

Kiosk lady made a phone call to double-check her facts. “I’m sorry,” she said as she put down the receiver, “My manager won’t let me rent the room for one night. We rent rooms for minimum one week.”

I couldn’t believe it. It was like the Baja ferry incident all over again. But this is Mexico: predictable and unpredictable at the same time. I couldn’t convince kiosk lady to make an exception.

When I told Gregor the bad news, he stomped out of the reception area and had a mini-fit at the van. “Is everyone on crazy pills?!” he asked, “They won’t rent us a room for a night because we’re not taking it for a week?! That makes no sense!”

I took Gregor’s hand and tried to console him, “Babe, it’s just not meant to be. The universe is telling us to save that money for something else.”

I started giggling because of the way he said “shmuniverse”. He started to calm down. 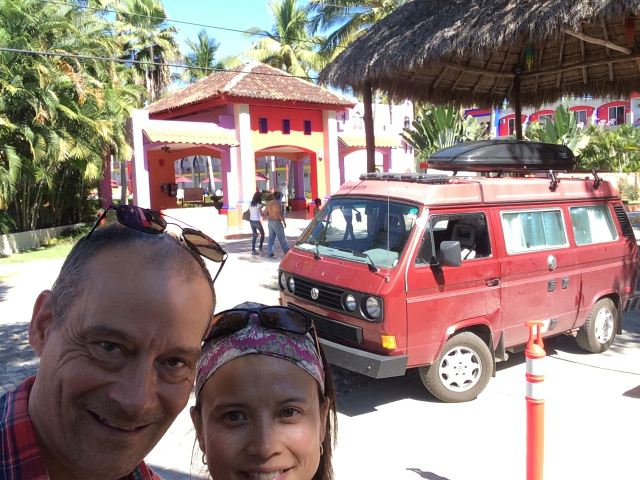 A quick selfie at the Royal Decameron before we left

We climbed into the van and checked out other hotels in the area. All booked for the weekend or prohibitively expensive. The universe was definitely telling us to save our money.

Our final decision was to camp on the street for the first time on this trip. We stopped at a beachside bar and grill and asked the waiter if we could park outside their restaurant overnight and use the washrooms if we ate there. “No problem,” he said in perfect English, “We have a night guard so it will be safe for you to park here”. 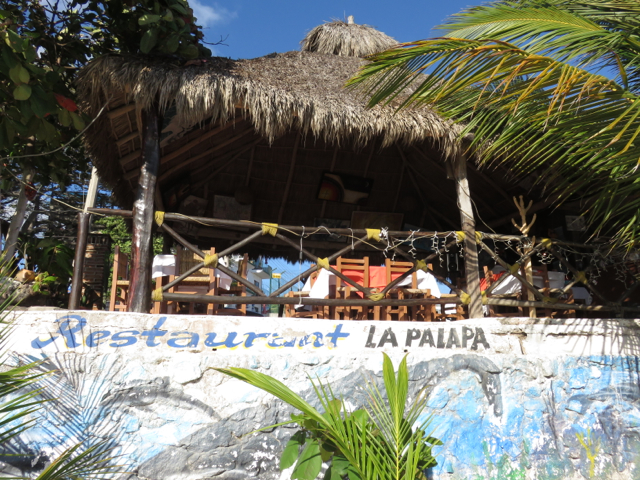 The waiter introduced us to the night guard. He was a skinny, barefoot, unwashed guy wearing torn clothes and a filthy ball cap. I shook the guard’s hand and saw that he was stoned out of his mind.

Great, I thought, we’re being protected by a smelly pothead with no shoes.

We watched the sunset from the restaurant and then spent the night in ‘stealth mode’: tent top down, lights turned off, and all curtains drawn. 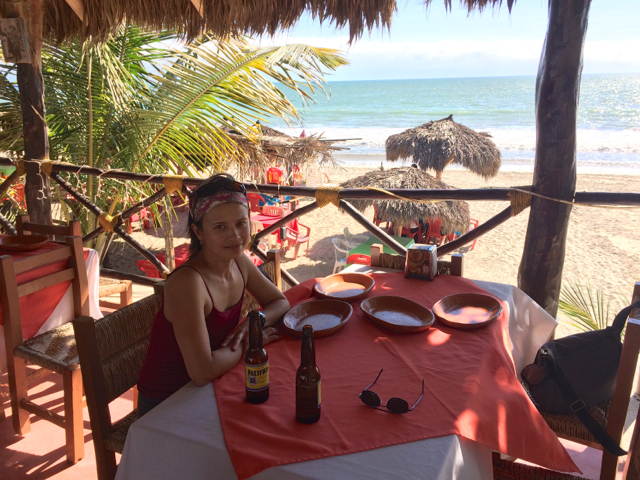 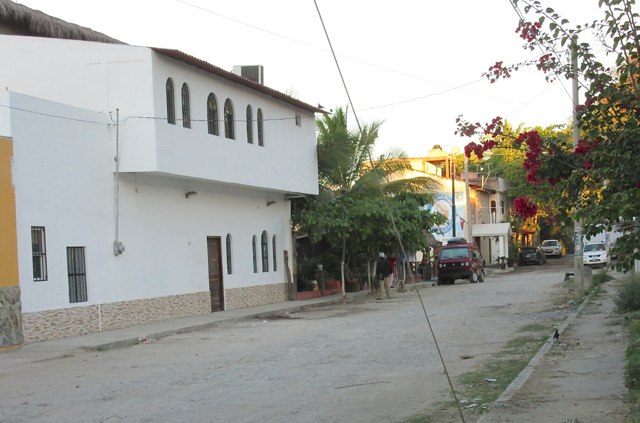 We didn’t sleep well that night. It was stinking hot and we were nervous about the drunkards that kept staggering past the van, yelling obscenities and puking in the dark. But we woke up alive, and that was good.

In 24 hours, we went from “Wow, I am so looking forward to getting spoiled at an all-inclusive in Bucerias” to “Wow, I’m so glad we didn’t die in a street fight in Bucerias”. Funny how the universe keeps us grounded.