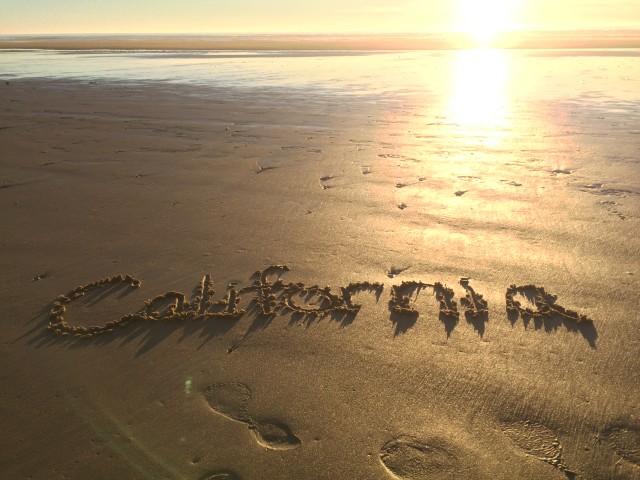 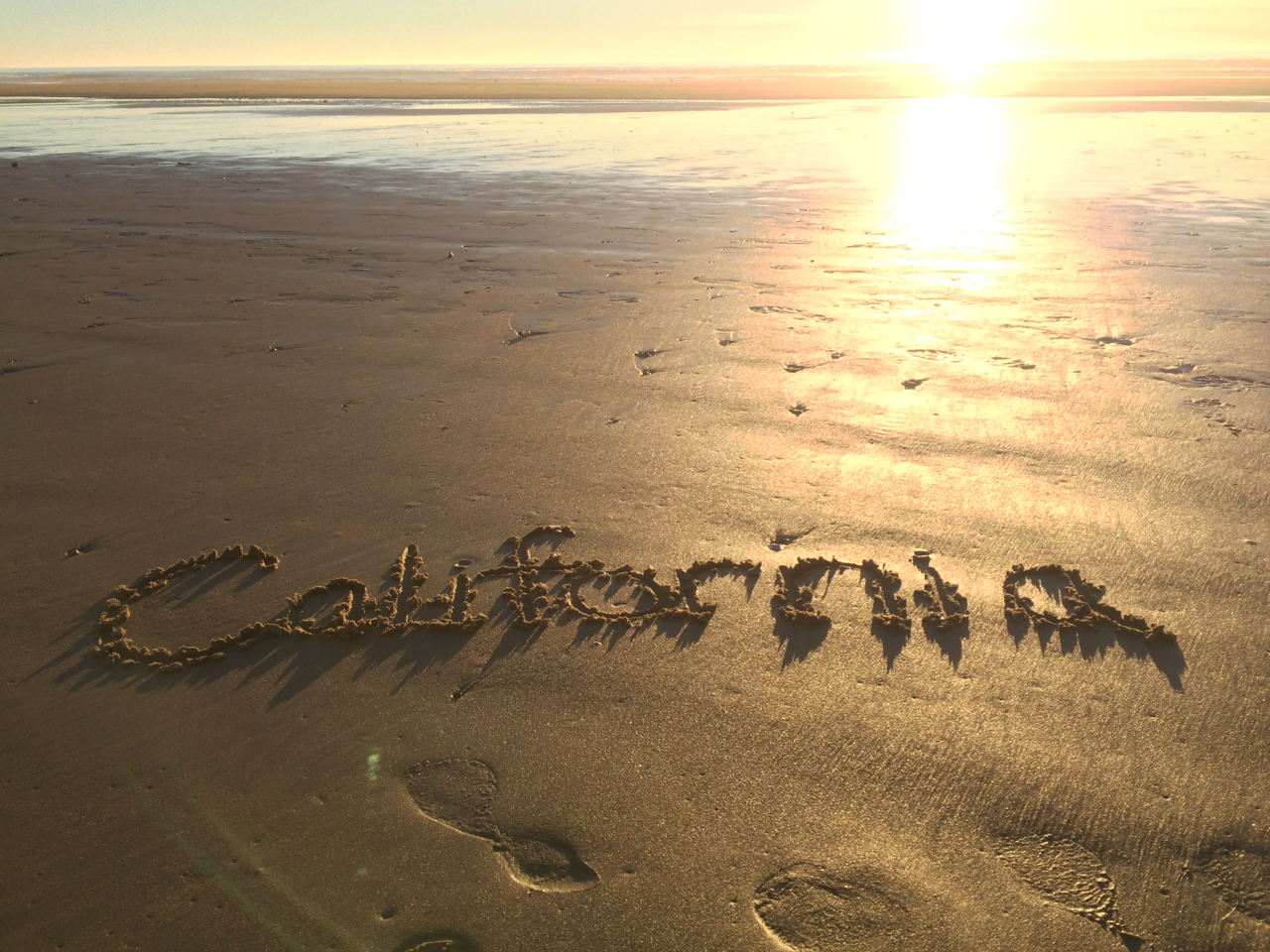 Our first major milestone was to get our van to Los Osos, California, by Jan 5. That’s the date that Lucky was scheduled for a mechanical makeover at GoWesty, a highly regarded Volkswagen restoration and sales shop whose mission is to keep the old VW hippy busses and camper vans alive and healthy.

Lucky needed to travel 2500 km through below-freezing temperatures, snowy mountain passes, and interstate highways with speed limits that are impossibly high for a Westy van (80 mph or 128 km/h). We were concerned about how our van would perform in this marathon, since she doesn’t typically go above 100 km/h AND this is her first winter road trip. 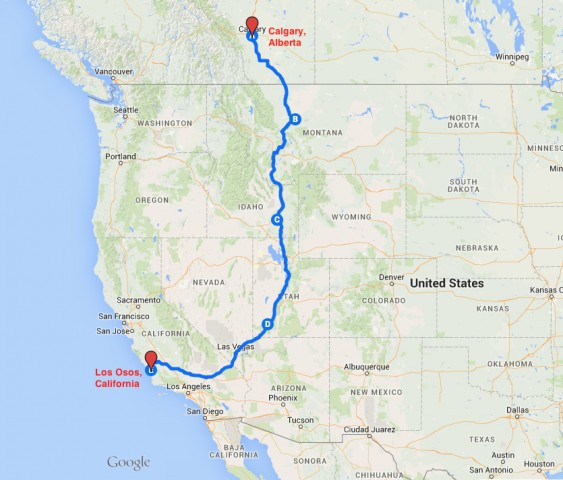 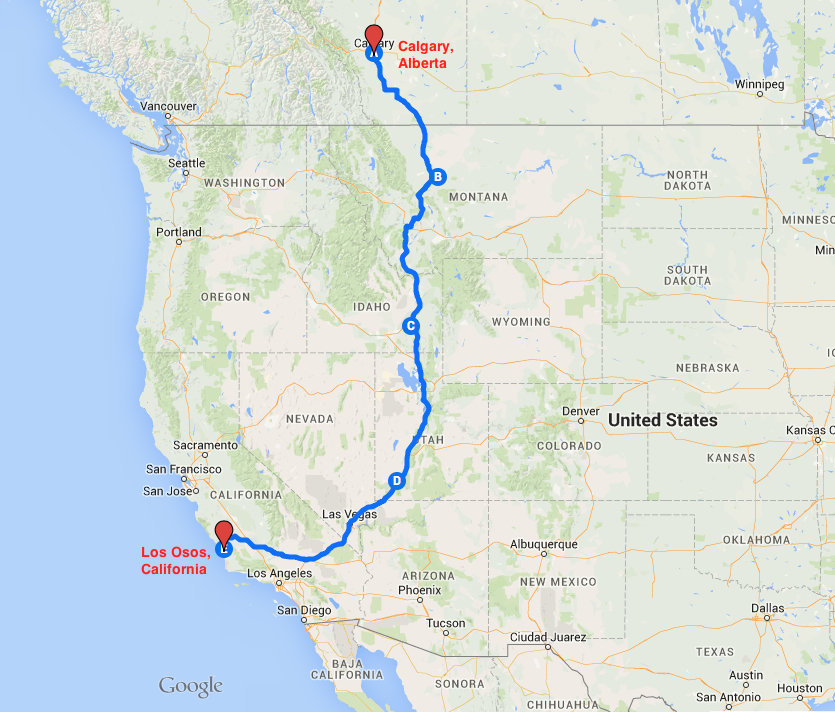 Lucky whined and complained all the way to California…

Day 1. Great Falls, Montana: Lucky’s side door refused to close. The hinge mechanism seized in the cold. It was as if Lucky didn’t want to leave the motel parking lot and was making life difficult for us. You know when you try to pick up a little girl throwing a tantrum, and she stiffens her body so she slips from your arms and lands on a pool of her own tears in the chocolate aisle? That’s what it was like. It was the FIRST DAY, for crying out loud!

After some experimentation and a lot of cursing, Gregor managed to force the side door shut. We decided not to open that door again until we got to California.

Day 2. Pocatello, Idaho: Lucky’s front passenger wheel started making unusual clunking noises at low speeds. We presumed that this clunking was also occurring at highway speeds but we just couldn’t hear it over the rumbling Westy engine. Gregor thought there was something wrong with the wheel bearings and started to get a bit worried. I had morbid visions of the wheel falling off and the van crashing into a guardrail. We were still 1600 km from Los Osos. 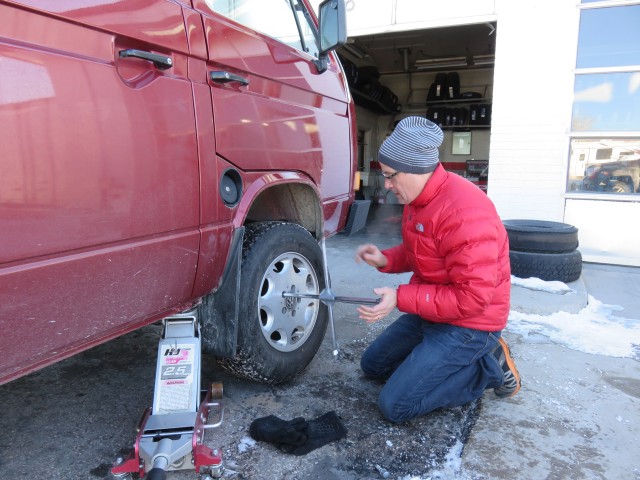 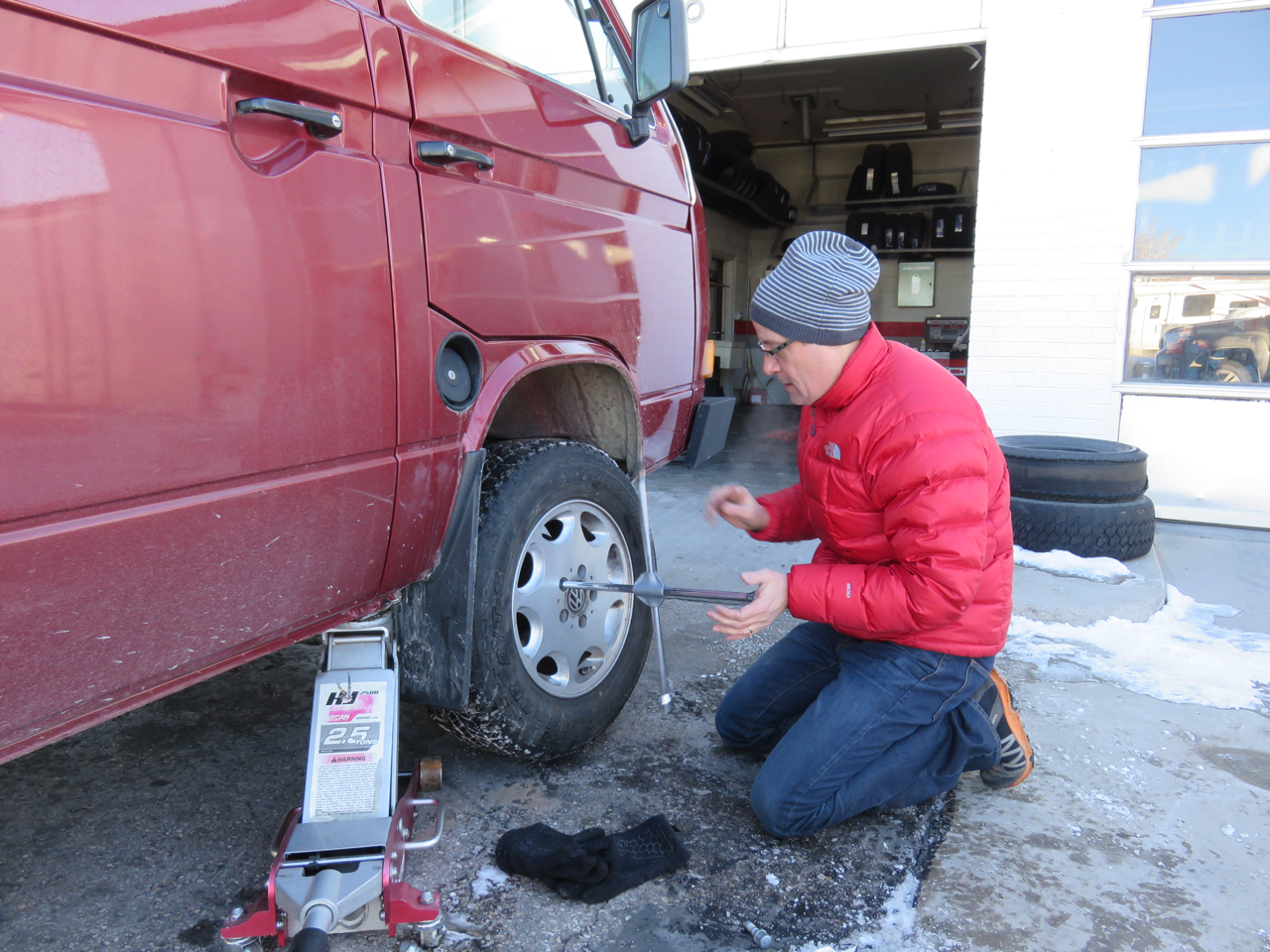 As any good Westy owner would do at -23 deg C (with the windchill), Gregor removed the tire and froze his fingers off to check out the problem. It turns out that the centre cap covering the nut over the wheel bearings had come off and was bouncing around inside the rim. Not catastrophic, thankfully. Gregor put the cap back on, which ultimately stopped the clunking sound. Once again, we were back on the road.

Day 3. Cedar City, Utah: Lucky started to show symptoms of incontinence. She was leaking fluid from somewhere in the engine compartment. 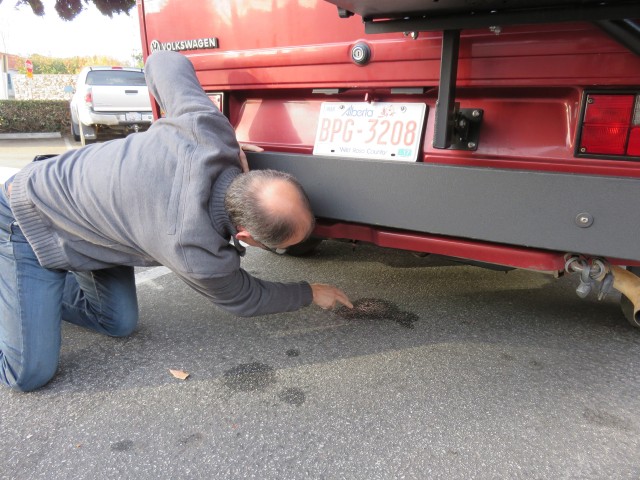 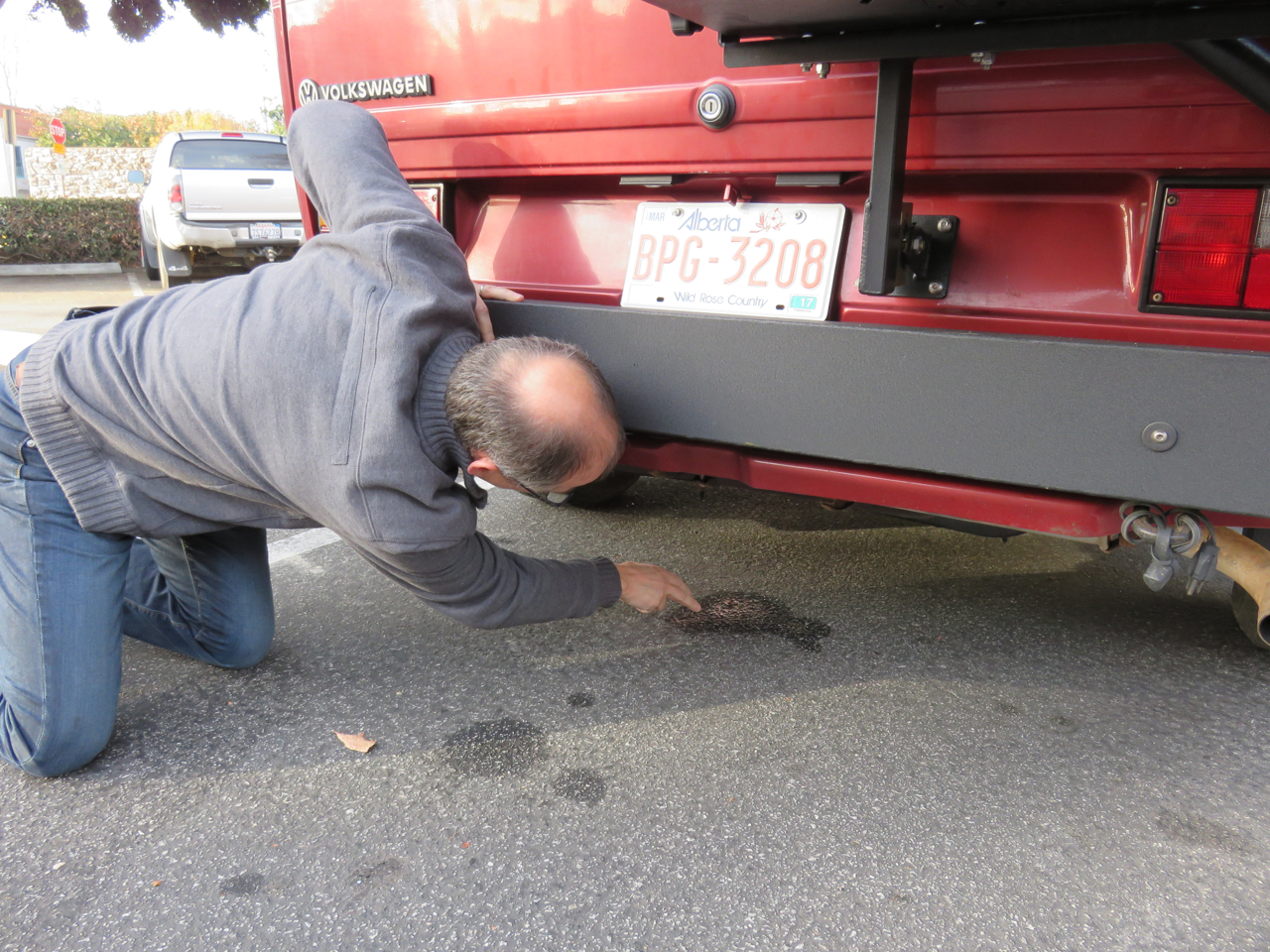 For the readers out there who don’t know a lot about Westies, the engine is in the back of the van. To access the engine, you have to remove all your luggage and equipment from the back and take out the bed cushion that covers the engine door. Your stuff ends up scattered around the van as if you’re having a yard sale. It’s quite the chore (and the spectacle) to inspect the engine.

Wanting to avoid DIY engine work in the cold, we decided to race through southern Utah and Nevada the next day to get to warmer California weather. 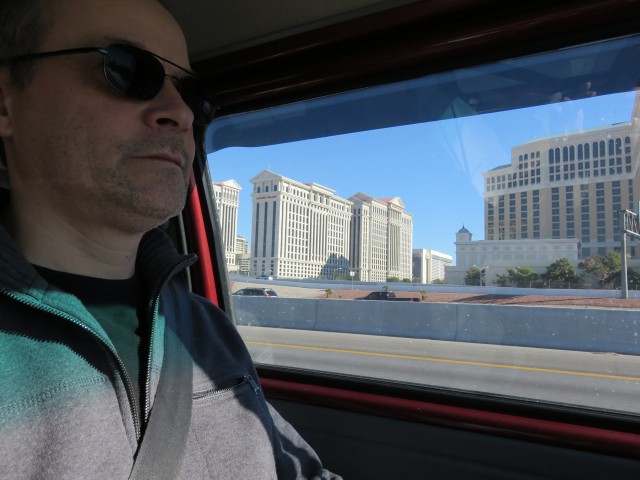 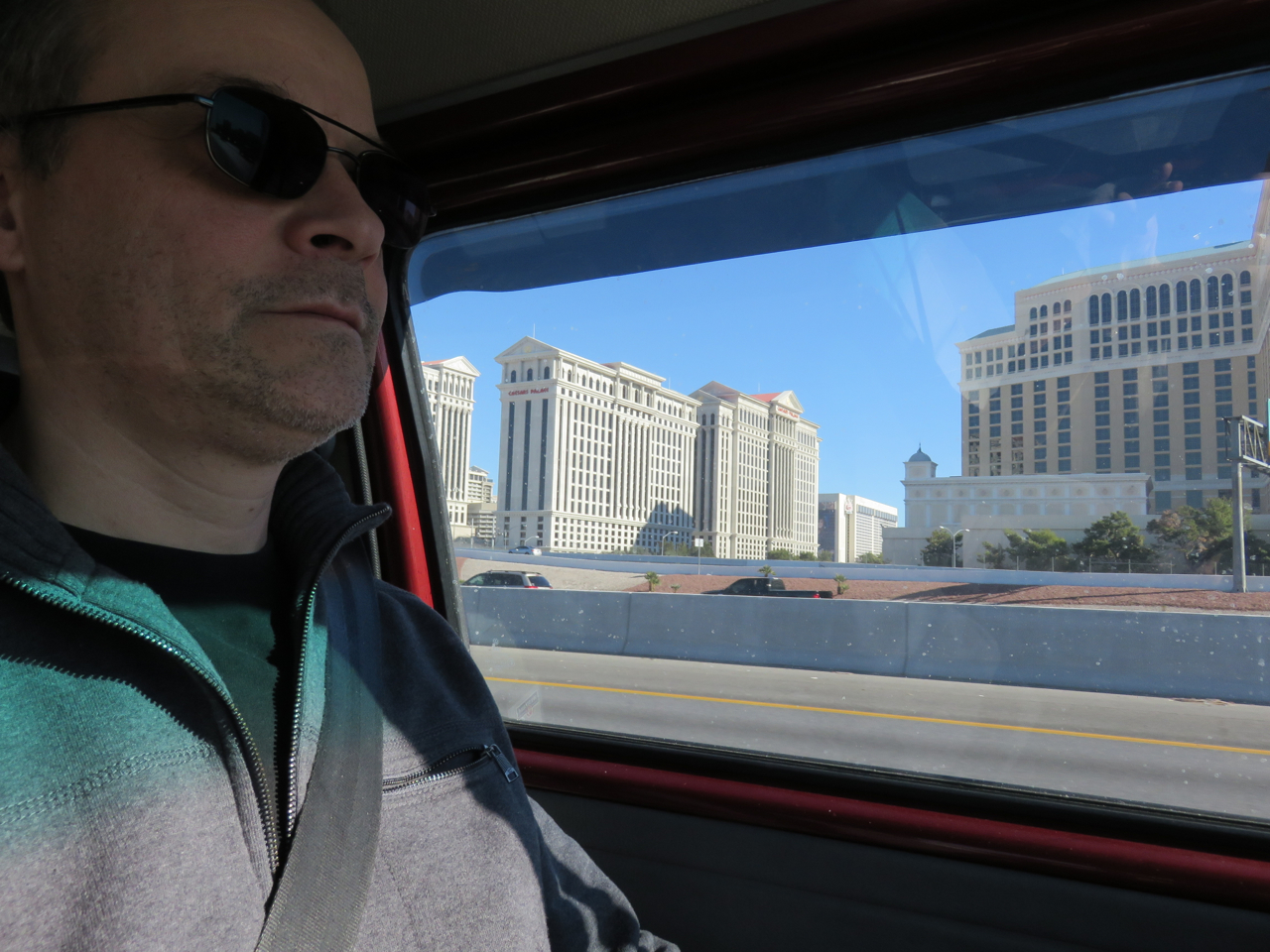 Day 4. After a grueling 11 hours of driving through arid fields and dry desert, we were relieved to see the palm trees of California. 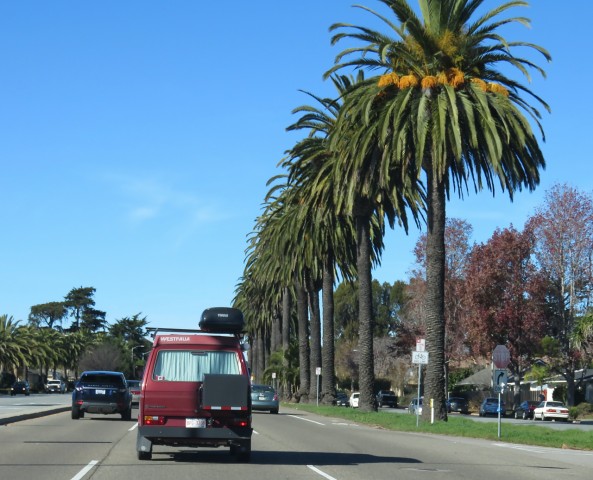 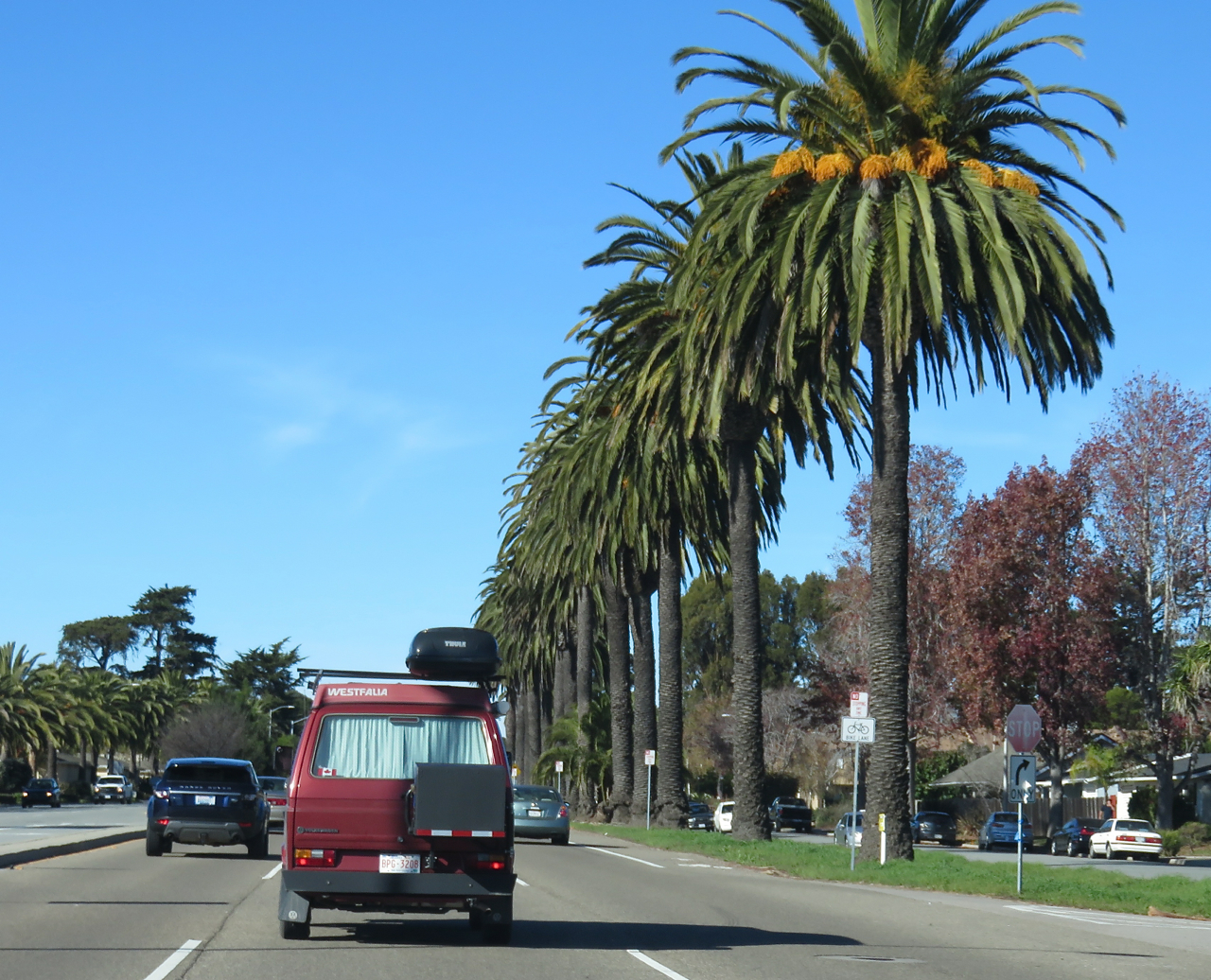 It was hot and sunny! We celebrated by throwing away our snow brush at the next gas station. 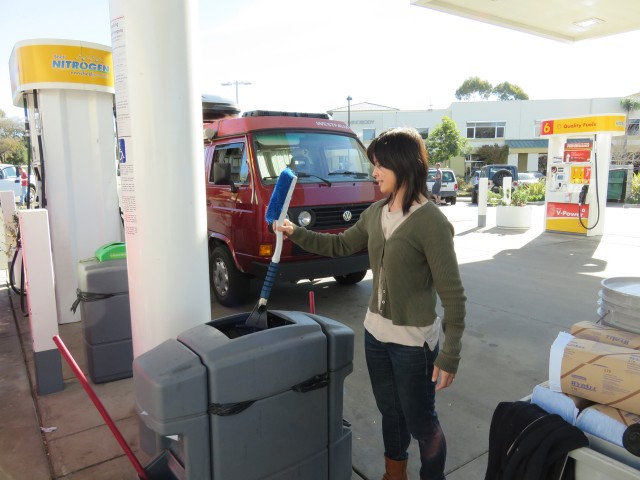 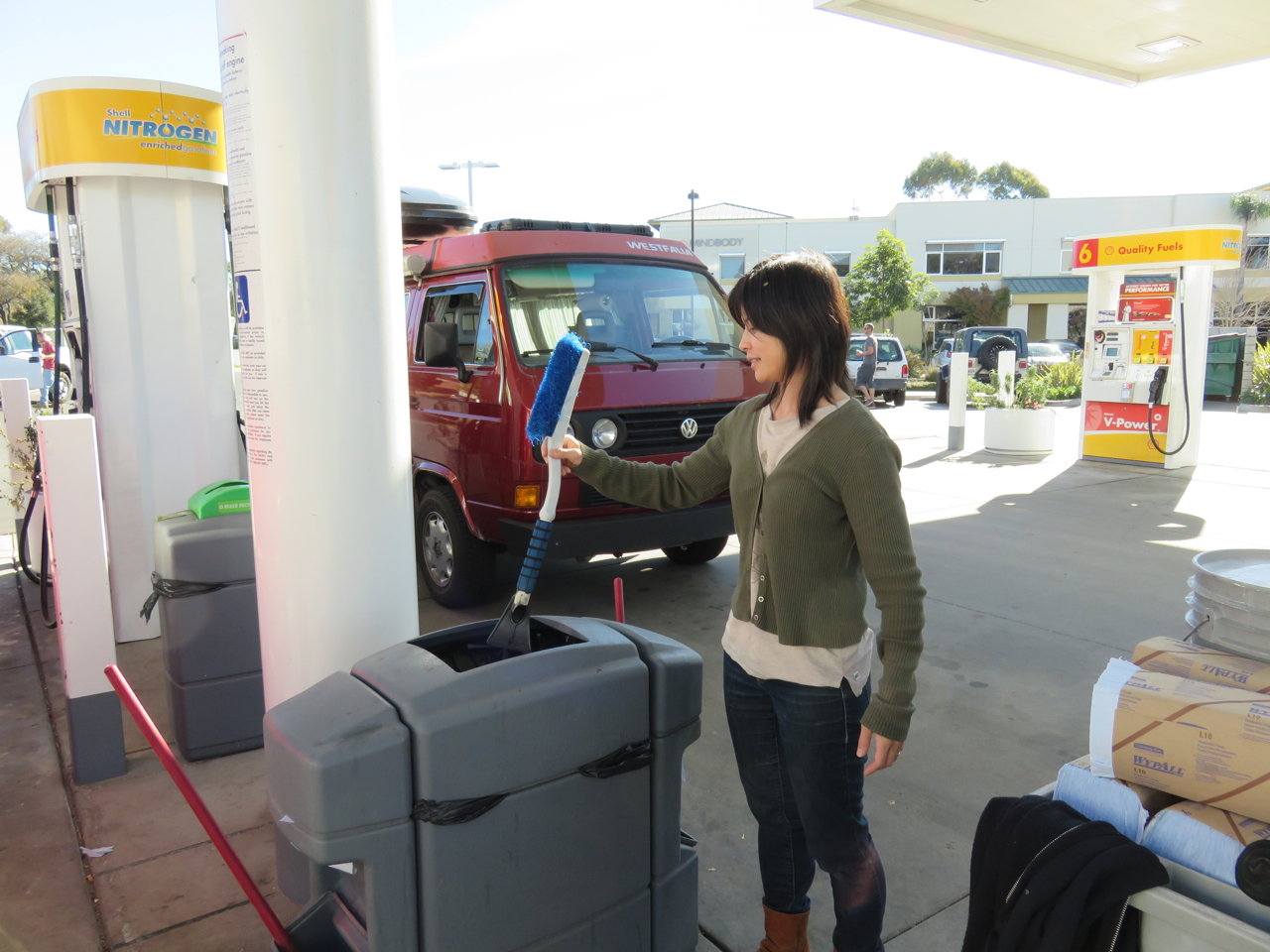 We were two days early for Lucky’s appointment in Los Osos and completely exhausted from four days of driving. So we treated ourselves to a few nights at a lovely B&B called Garden Street Inn, located in downtown San Luis Obispo (or SLO, pronounced “slow”). SLO is a former mission settlement that is now a hip college city. We loved the historical architecture, chic boutiques, pub/bistro/wine/coffee culture, and the friendly service everywhere we went. 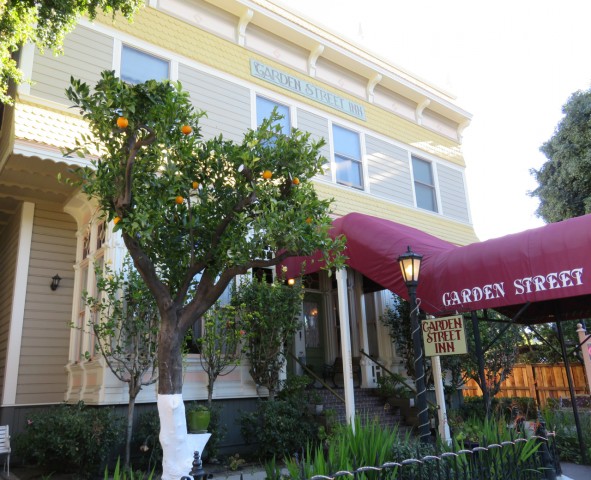 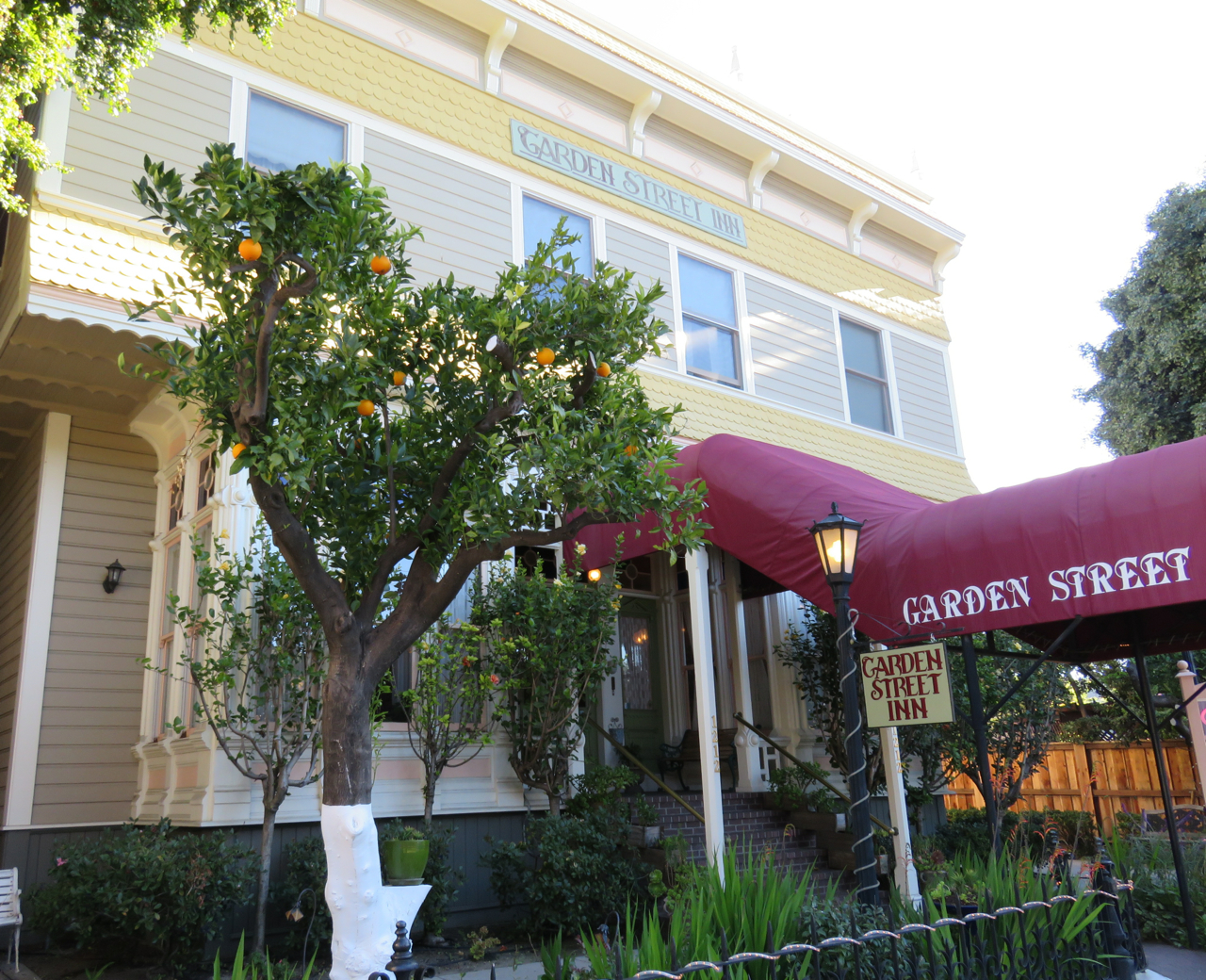 Yes, that’s an orange tree in the front yard of our bed and breakfast. The manager picked the fruit for me so that I could have a snack after a morning stroll. 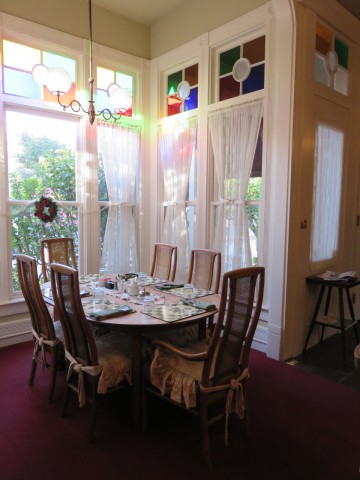 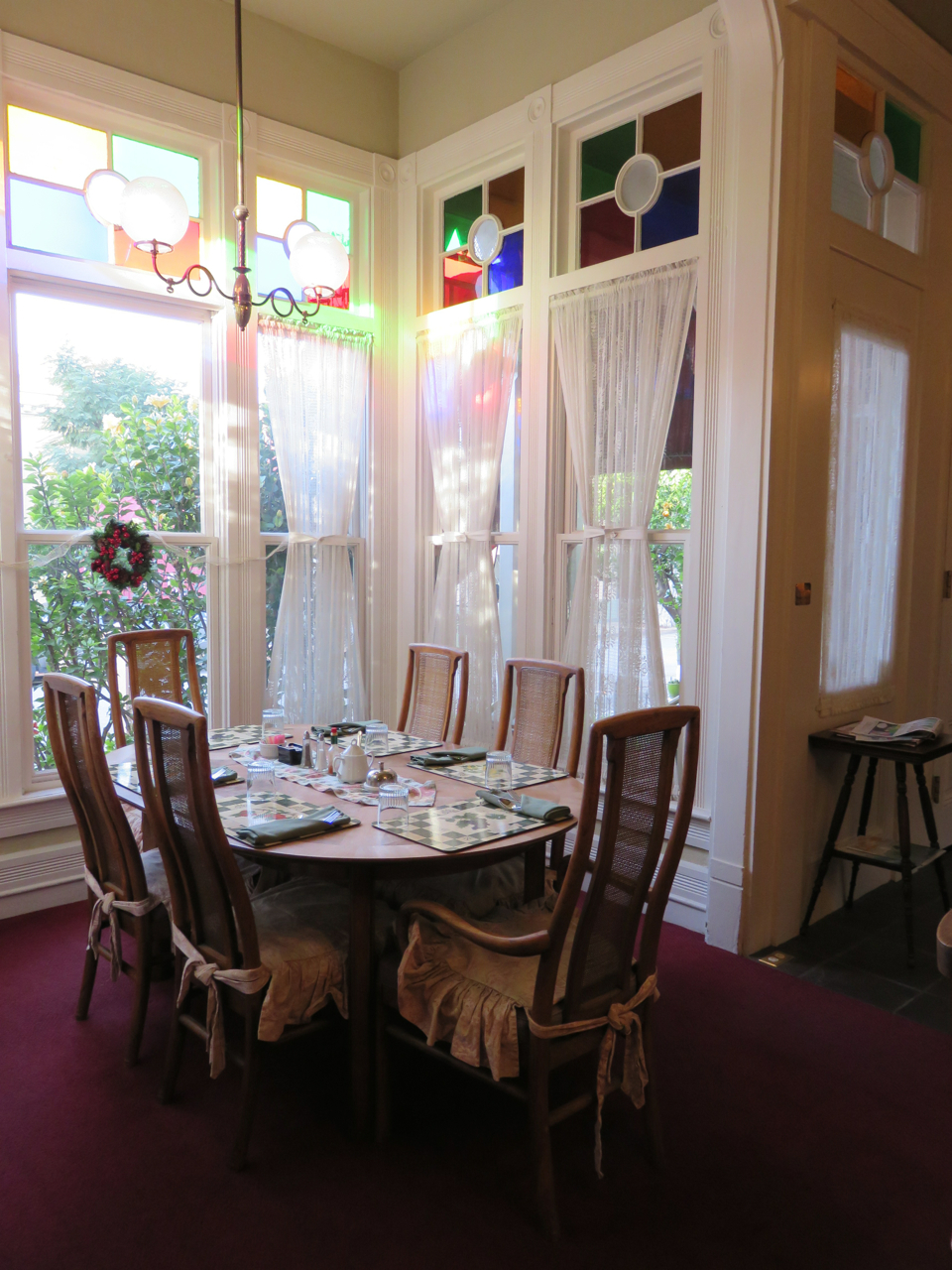 The breakfast room of the Garden Street Inn in San Luis Obispo. 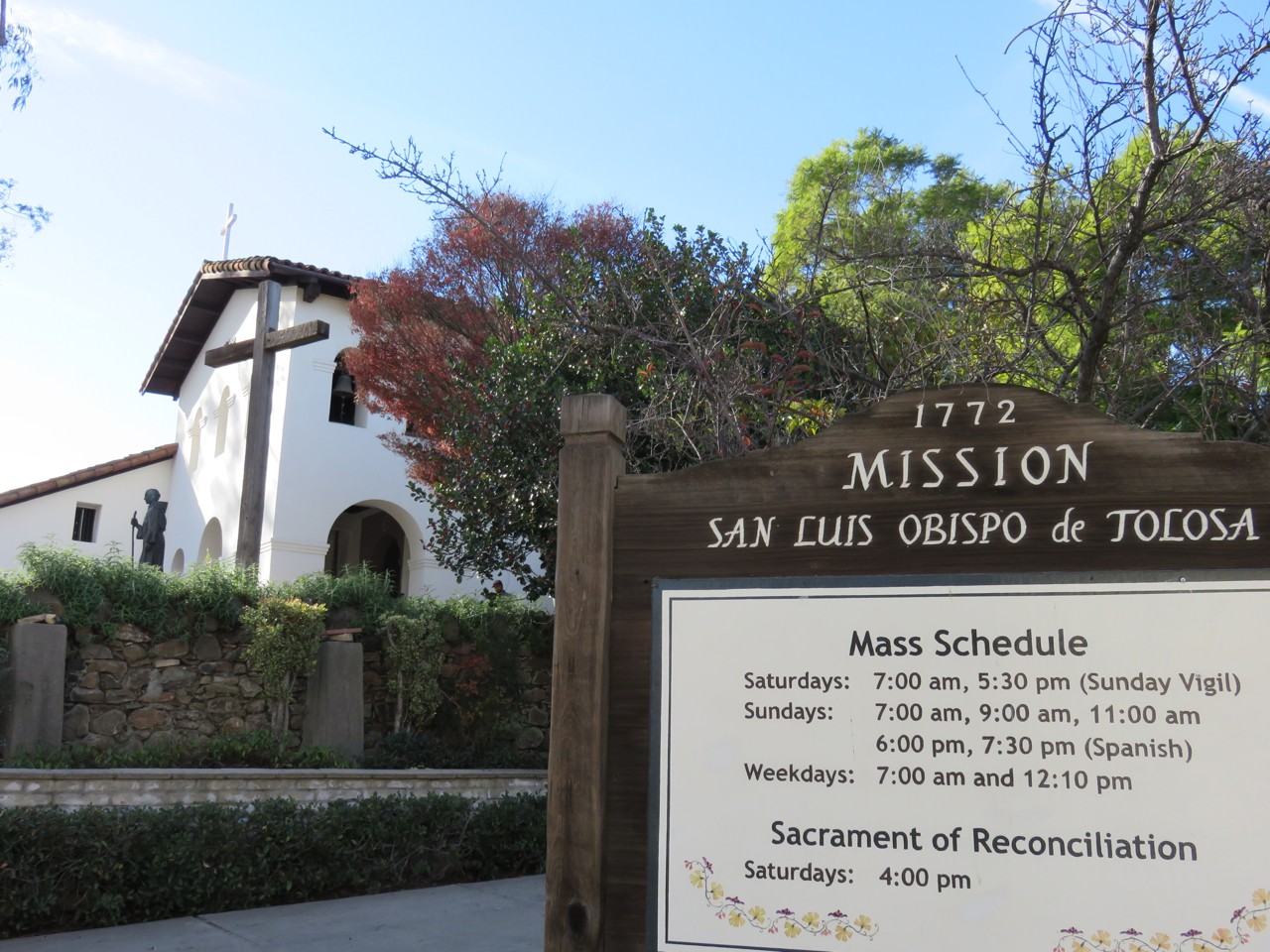 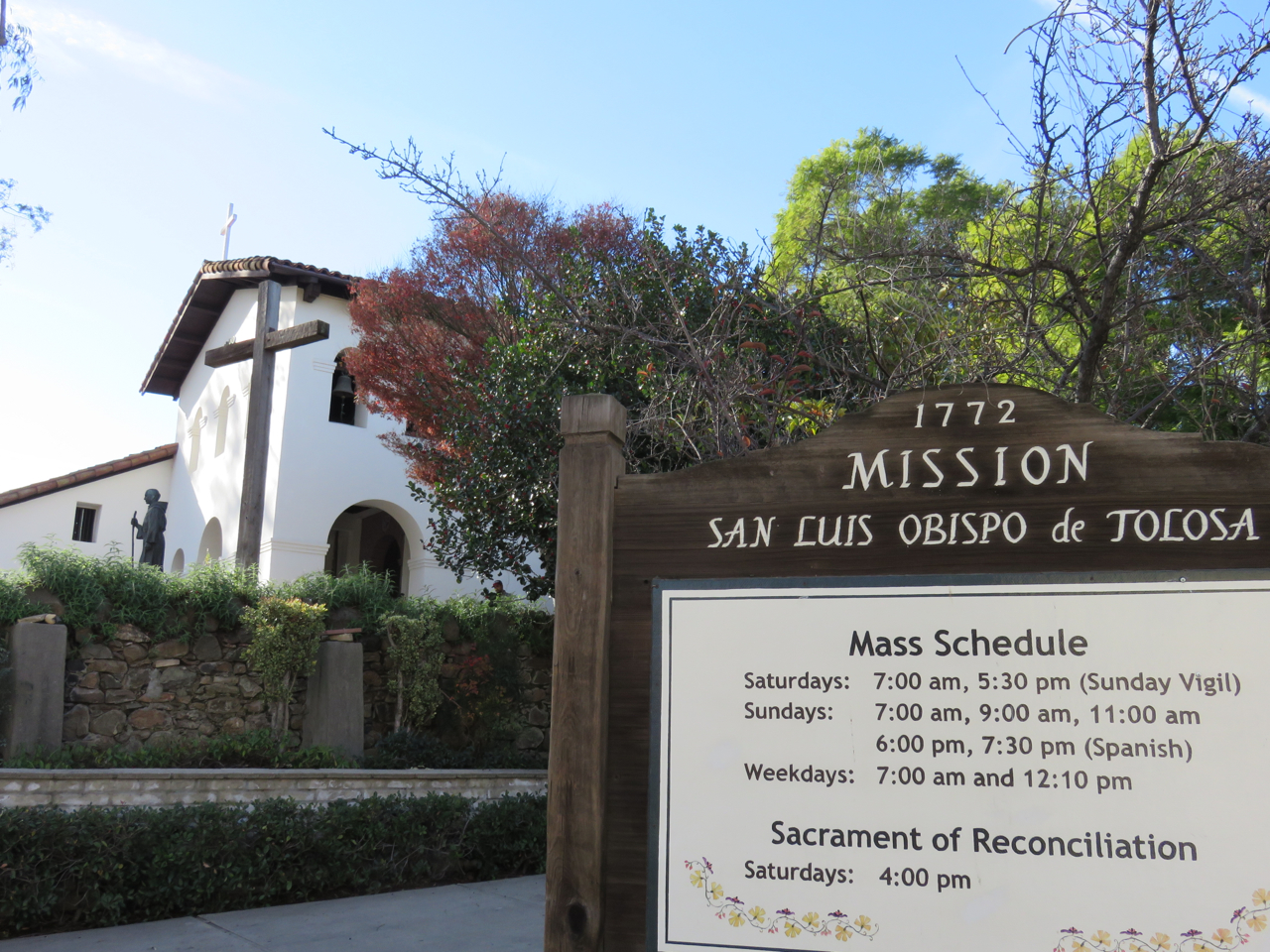 Mission San Luis Obispo de Tolosa, the fifth in California’s chain of missions, was established in 1772.

That night, Gregor enjoyed a well-deserved beer at SLOBrew, a local microbrewery that serves an awesome Czech-style Pilsner. We were only 19 km from Los Osos, where Lucky would soon receive the care she needed. 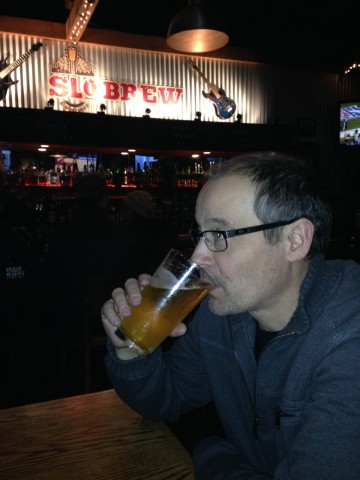 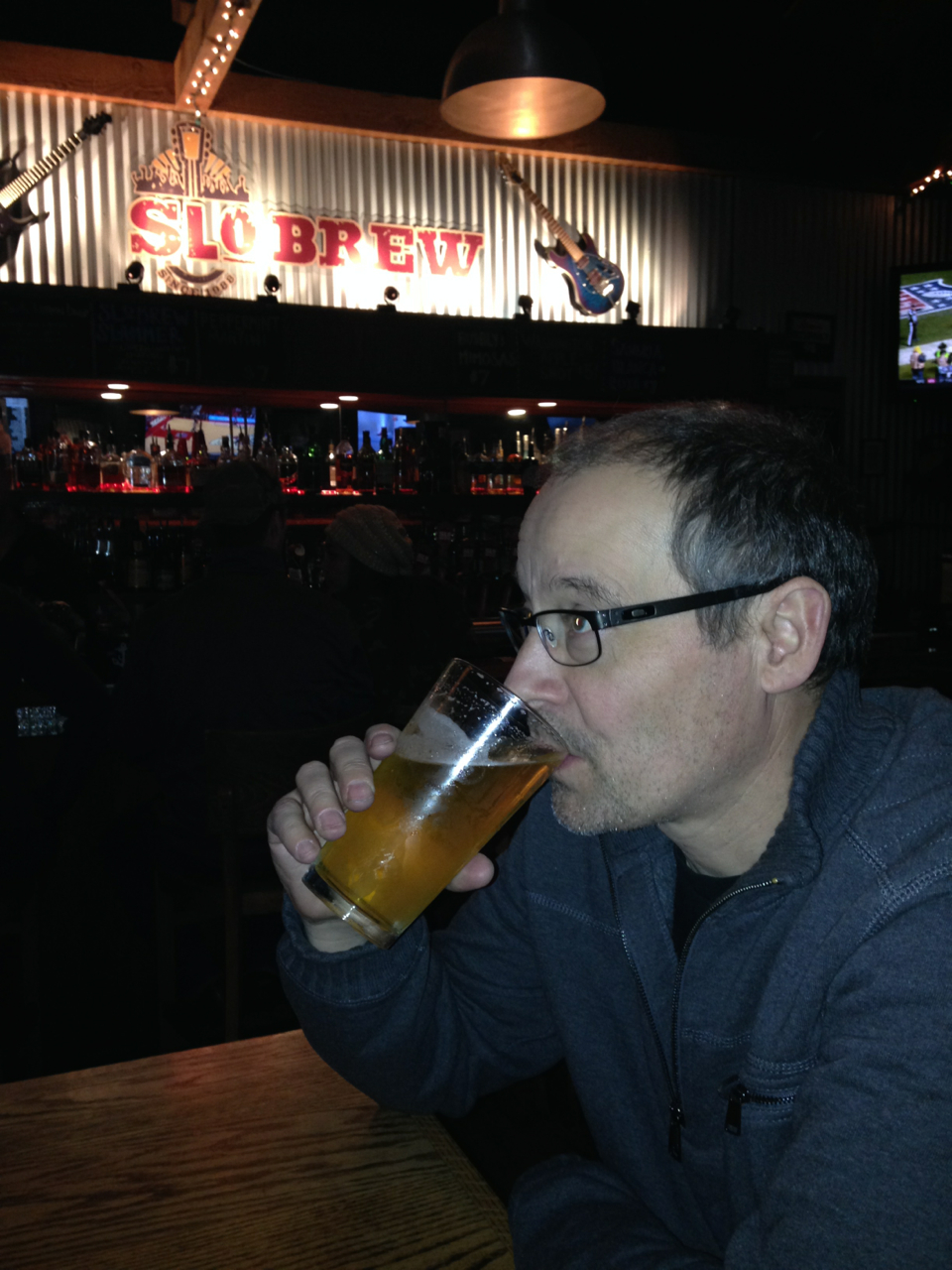 On Jan 5, we delivered Lucky to the fine mechanics at GoWesty. GoWesty is the premium health and wellness clinic for vans like ours – you can buy specially engineered parts to restore your Westy back to life or you can check in your chronically dysfunctional vehicle for rehab. 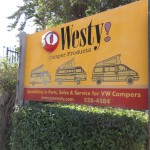 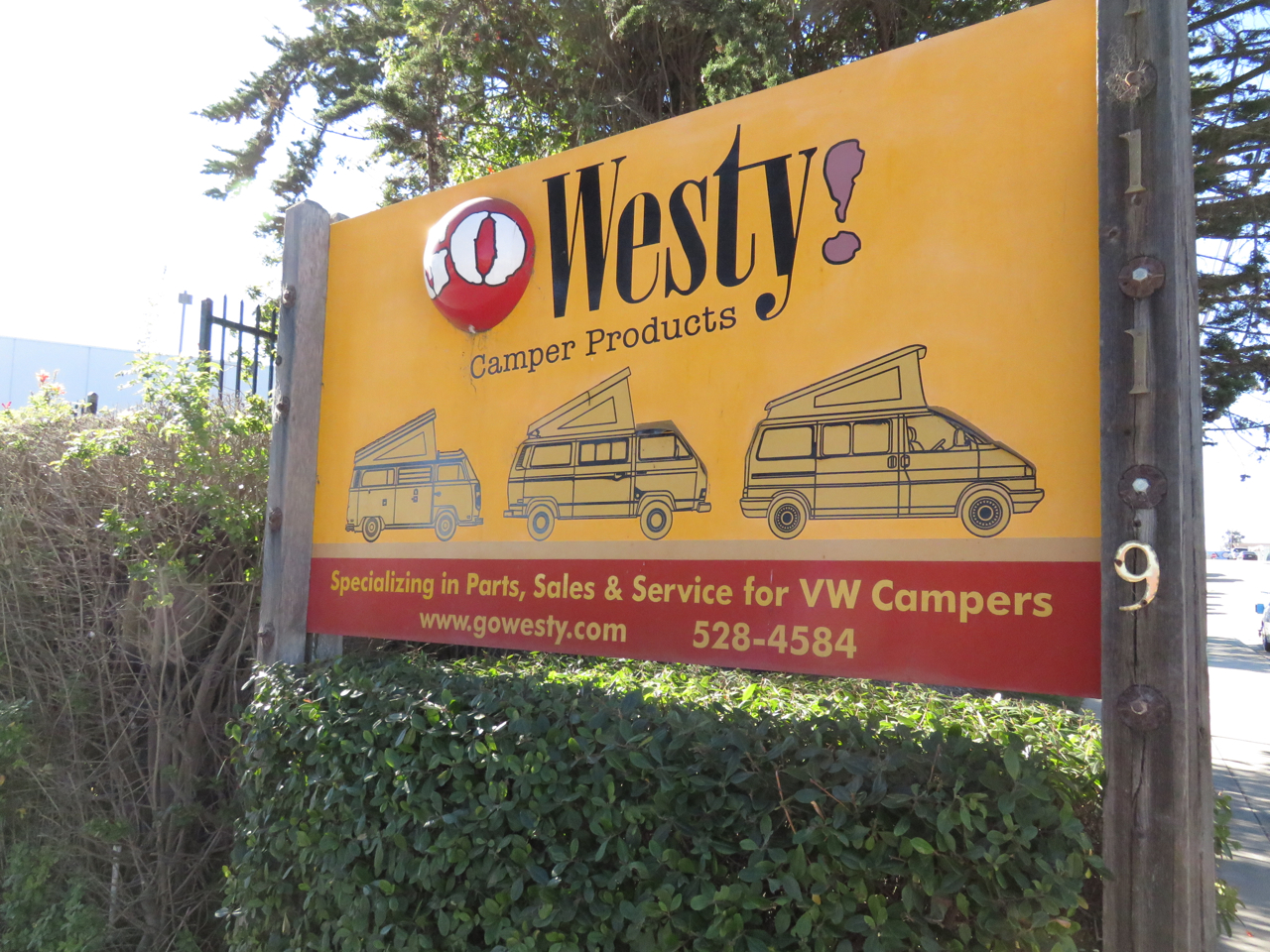 We checked in Lucky for some warranty engine work, a new transmission, and a new fuel injection system – and to fix the leaking issue. When we walked through the shop door, we heard Bob Marley’s “Is This Love” playing over the speakers. We knew she would be in good hands. 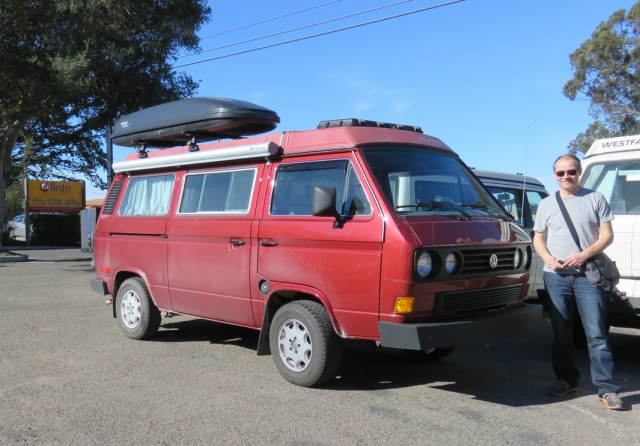 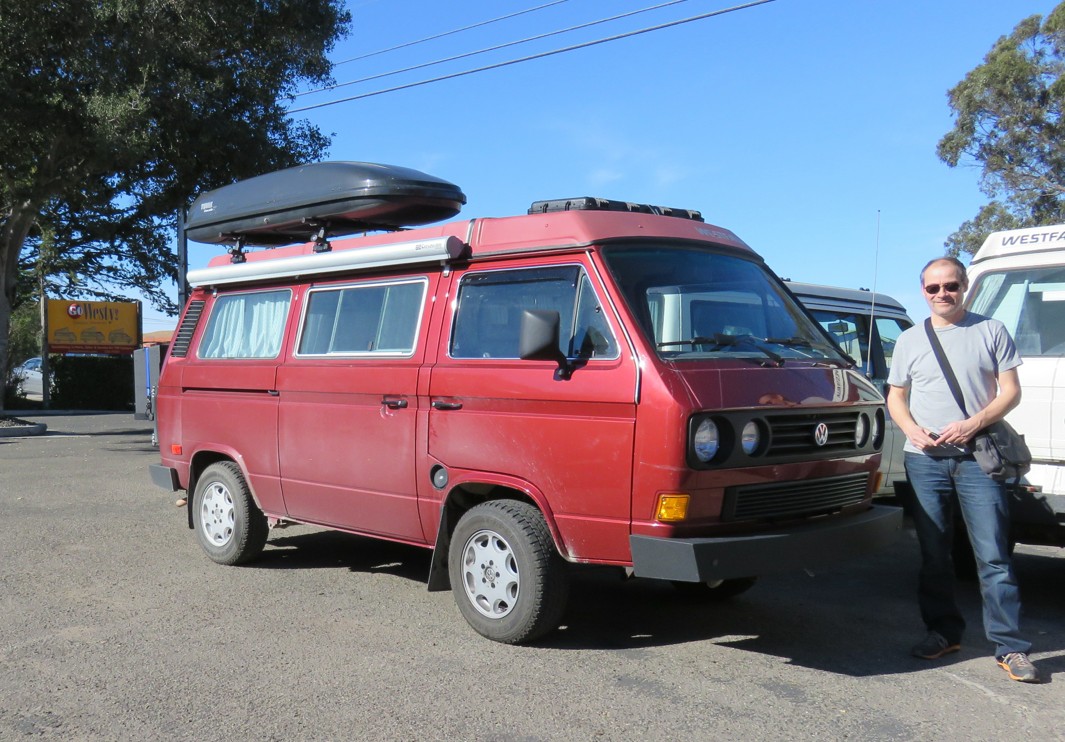 After dropping Lucky off, we drove a rental car to the coast to catch our first glimpse of the Pacific Ocean since leaving Calgary. The humid air, the smell of seaweed, and the sound of seagulls were delightful. We made our first milestone! 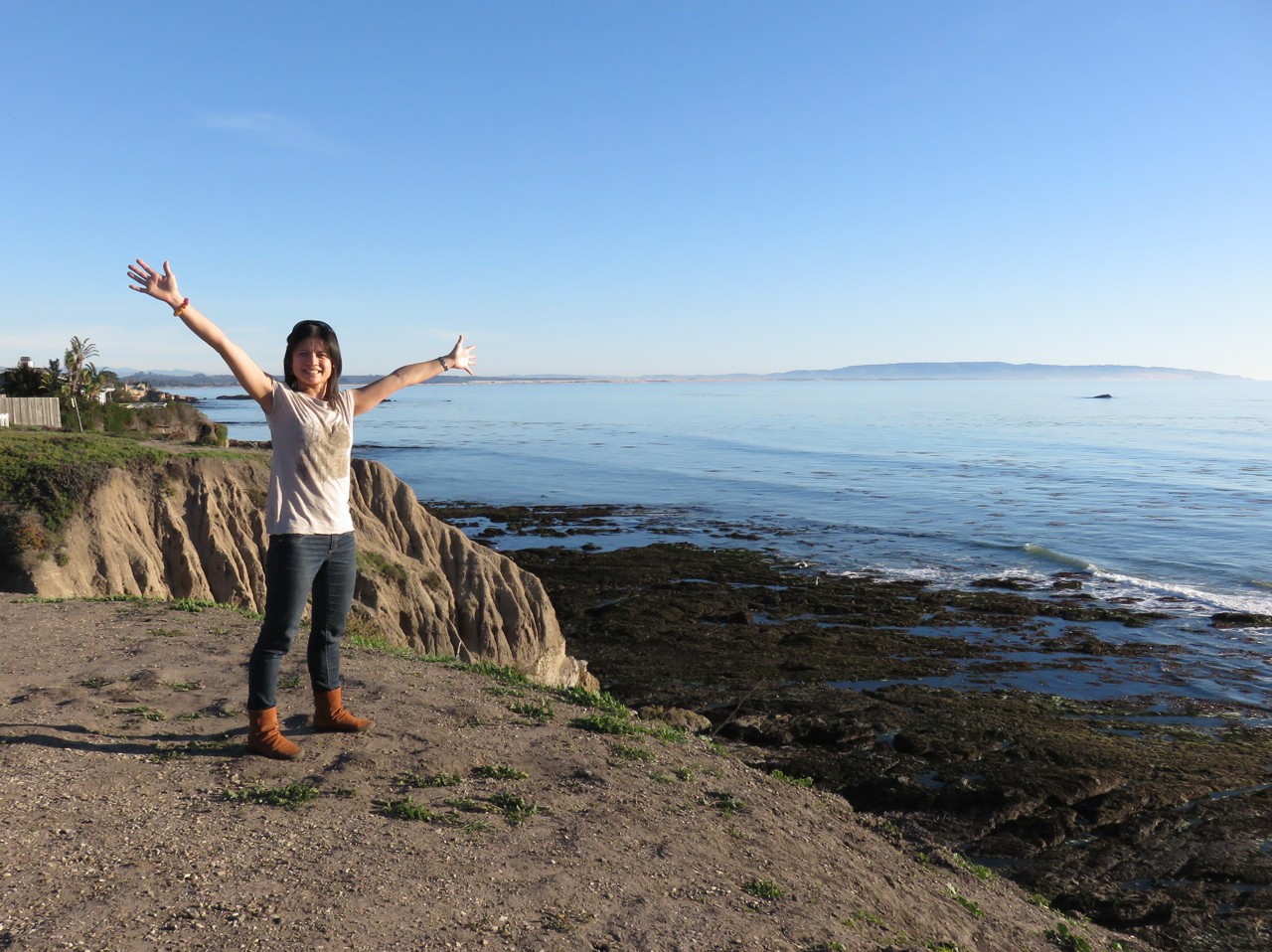 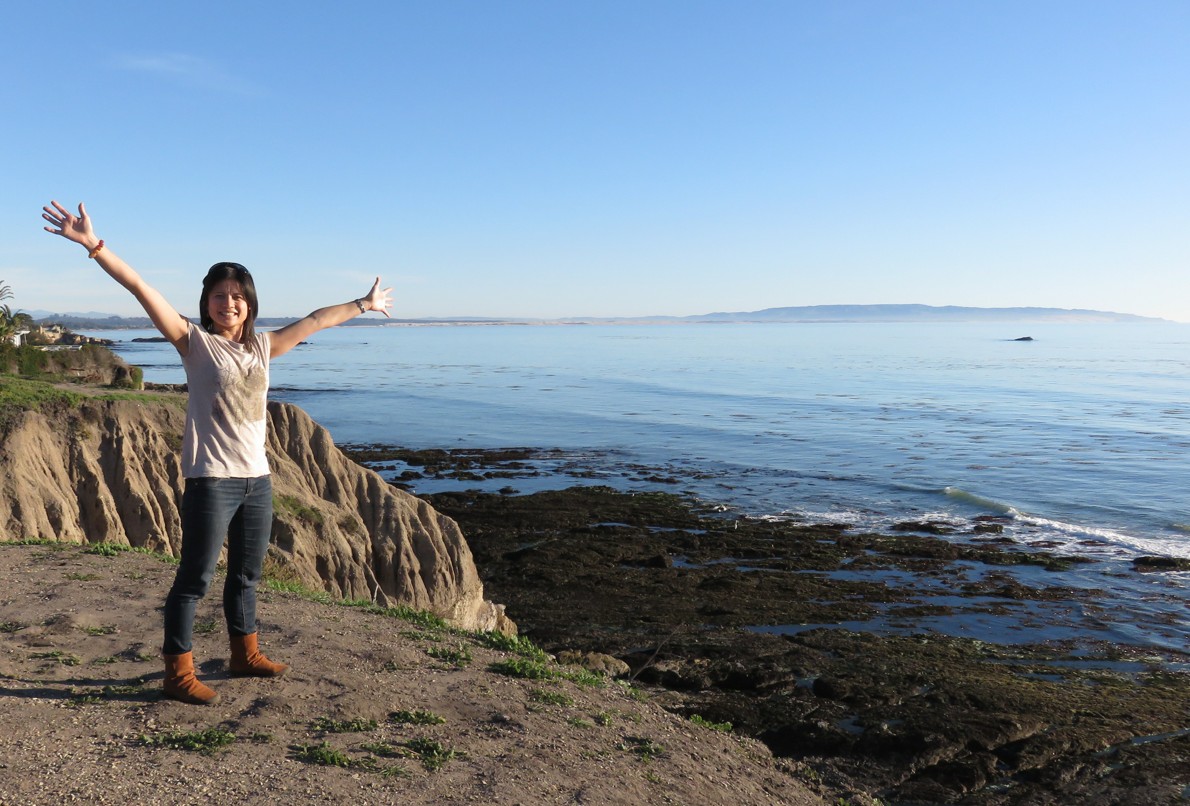 P.S. To receive an automatic email alert each time we post a new article, just go to the “Subscribe to Posts” form on the right-hand menu of this blog. Happy reading 🙂